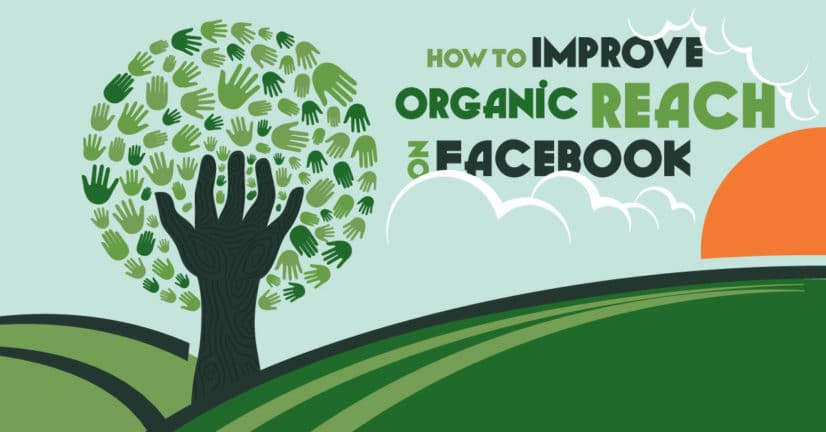 As a brand on Facebook, it can be difficult to reach a significant number of people without spending money on advertising. You don’t have to be as rich as Croesus, but you’re going to be fighting an uphill battle to get your brand seen as often, or more often, than competing brands if you don’t boost your posts. If you don’t have a budget for Facebook advertising, it’s not the end of the world. As long as you’re creating quality, engaging content, you’re on the right track.

However, even if you’re posting the most engaging content this side of a Buzzfeed list about which Friends character you are, Facebook can still reduce your reach if you post it in a way they disagree with. This can be something as trivial as including the wrong hashtag, to something more serious like running a contest inviting people to share a post. The former will reduce the reach of your posts, the latter is actually a direct violation of Facebook’s rules.

So, to ensure your content is being seen by as many people as possible, here are some best practices you’ll want to keep in mind while posting on Facebook.

Ever notice that you tend to see video content more frequently in your Facebook feed? That’s because Facebook is competing with YouTube and wants to encourage its users to upload their videos to Facebook rather than through a YouTube link. Videos are almost always given a higher position of prominence in a user’s feed when uploaded directly and brands can see much higher levels of engagement as a result of uploading videos.

Do people care about the hashtag you use?

Hashtags–they’re not a requirement of a Facebook post. Traditionally, people search for them more on Instagram and Twitter, anyway. Including them in a Facebook post, unless it’s something as ubiquitous as #MondayMotivation, is entirely unnecessary. Before you include a hashtag, think about whether or not anyone would ever actually search for #BobsBurgersAreDelicious. Spoiler alert: they wouldn’t.

Asking People to Share Something In Order To Win

Seriously, don’t do this. Facebook has mechanisms in place to flag posts like this and not only will your contest go over like a sequel to Gigli, you run the risk of getting your account suspended. Also, don’t ask people to tag themselves in a photo for the chance to win (the odds are good they’re not in the actual photo and it would be creepy if they were). Asking them to like or comment a post for a chance to win is perfectly acceptable and also a great opportunity for you to showcase to prospective customers just how much your current customers love your brand.

The general rule of thumb is that you should post to Facebook a maximum of TWO times a day. Anything more than that and Facebook will think that you’re not regularly posting quality content and then they’ll drop the engagement guillotine. Also, the more you post, the more you run the risk of having your fans “hide” your posts and if that happens enough times, you’re in big trouble with the ‘ol Facebook algorithm.

Pretty simple, but incredibly important. You can definitely experiment here to see which posting times result in the most engagement. This is a great instance where exercising common sense is the best thing you can do. For example, if you’re posting something to reach teachers, maybe don’t post it during the time of day they’ll be teaching a class. If you’re posting about a breakfast special, maybe noon isn’t the best time of day to post that.